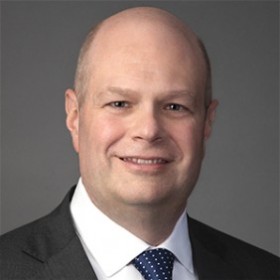 President Joseph R. Biden nominated Jerome Powell for a second term as Chair of the Federal Reserve Board. The President also nominated Dr. Lael Brainard to serve as Vice Chair.

The White House issued a statement saying the United States needs "steady, independent, and effective leadership" to focus on keeping "inflation low and prices stable" while creating a labor market that delivers better jobs and higher wages to workers. President Biden said he was confident Chair Powell and Dr. Brainard will "make [the U.S.] economy stronger than ever before" by delivering on these goals.

In a statement on his nomination, Mr. Powell cited the following priorities: (i) combating inflation, (ii) ensuring stability of the financial system, (iii) addressing climate risks and cyberattacks, and (iv) aiding the "modernization of the payments system while protecting consumers." Dr. Brainard said that she will be focused on (i) reducing inflation, (ii) ensuring market growth and resiliency, and (iii) supporting a sustainable economy.

Treasury Secretary Janet Yellen expressed support for the nominees, praising Mr. Powell as having "provided strong leadership at the Federal Reserve to effectively meet and address unexpected economic and financial challenges" and Dr. Brainard as "a respected economist with years of experience [who] has been instrumental in the nation's recovery."

President Biden has three vacant seats on the Federal Reserve Board of Governors, including the Vice Chair for Supervision, a role that Randal Quarles recently announced he will vacate in December 2021. President Biden is expected to make those appointments in early December.