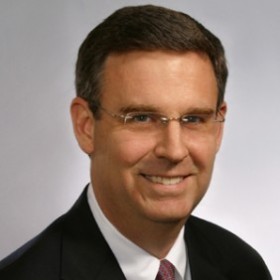 The SEC amended federal proxy rules to require (i) parties in a contested election to use universal proxy cards that include all director nominees at a shareholder meeting and (ii) enhanced disclosure and voting options in all director elections. Shareholders will now have the ability to vote for their preferred combination of board candidates by proxy, which was an option previously restricted to in-person votes. With the exception of elections involving registered investment companies and business development companies, the amended rules will be applicable to all non-exempt solicitations for contested elections.

The SEC stated that it views the requirement of universal proxy cards as "the most effective means" to ensure shareholders are able to elect directors in a way that is consistent with in-person voting rights, and will "better align the federal proxy rules with a shareholder's ability to vote in person." Once in effect, the final rule will require dissident shareholders and registrants to:

The final rule also expands "bona fide nominee" to include an individual who agrees to be named in "any proxy statement for a registrant's next shareholder meeting for the election of directors." In addition, the SEC adopted new disclosure requirements with respect to voting standards and certain voting options for all director elections (regardless of the contested status of the election).

SEC Commissioners Allison Herren Lee and Caroline A. Crenshaw issued statements of full support for the rulemaking. SEC Commissioner Elad L. Roisman voted in favor of the rule, but stated that he wished it could be expanded to include funds. Mr. Roisman also expressed some reservations, noting that the amendments will "put even more power in the hands of the proxy advisory businesses." SEC Chair Gary Gensler endorsed the measure, saying that it will "put investors voting in person and by proxy on equal footing," which he said was important for "shareholder democracy."

The universal proxy card has gained momentum in recent years. The SEC’s new rule will give investors the option to split their votes between candidates nominated by management and those nominated by activist investors.