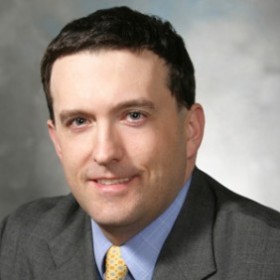 The majority of the participants at the hearing expressed disapproval of the proposed regulations, with many suggesting withdrawing the rule entirely, or, at the very least, delaying its implementation.

Participants questioned the authority of the Treasury to issue the proposal. They argued that Section 385A gives very limited authority to the Treasury Secretary to decide what is debt and equity. Others described unintended consequences that the regulations might have on the economy, such as the possibilities of causing greater uncertainty and the likelihood of higher compliance costs.

Participants argued further that the proposed regulations should include more exemptions for foreign transitions, certain kinds of acquisitions, debt reclassified as stock, short-term loans, cash pool loans, foreign banking organizations and standard business practices. They suggested limiting the rule to only target actual inversions, contending that debt is not tax-motivated. Further suggestions included extending the time period for filing returns from 30 days to the end of the tax filing year.

Participants requested more time for investigation and comment on the proposed regulations. The IRS was also asked to release the information it relied on as a source when composing the proposal.

If enacted in their current form, the proposed section 385 regulations would represent a broad and blunt approach to combating inversions and a departure from established law on the classification of debt and equity for U.S. tax purposes.  The regulations have drawn the ire of many because they would affect a wide range of internal transactions necessary for the functioning of a large business, including the cash pooling systems used by most multinational corporations.  While it is reported that the final rules may contain some carveouts, the feedback at the recent public hearing indicates that many taxpayers will not be satisfied with minor tweaks to the proposed rules. A number of respected commentators have called for the withdrawal of some or all of the proposed regulations, and some taxpayers are reportedly planning a legal challenge if the rules are finalized. For the moment, the government seems set on enacting the proposed rules this year.