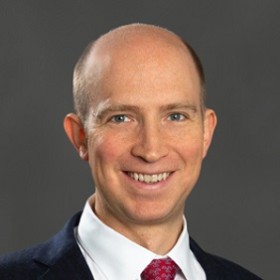 The Chair of the Supervisory Board of the European Central Bank ("ECB"), Andrea Enria, asked the CEOs of the largest banks in the Eurozone to explain how they plan to deal with upcoming changes to a number of interest rate benchmarks.

In a letter, Mr. Enria referred to the launch of the new euro short-term rate ("ESTR"), scheduled for October 2, 2019, which is the new alternative euro risk-free rate designed to replace the Euro OverNight Index Average ("EONIA"). He noted that the ECB working group on euro risk-free rates (the "Working Group") has recommended a transition path for the replacement of EONIA. Beginning October 2, 2019, EONIA will be calculated as the ESTR plus a fixed spread, and from the start of 2022 it is anticipated that EONIA will cease to be available. The Working Group is intending to provide recommendations on the transition from EONIA to ESTR from an operational perspective before the publication of the ESTR in October. The letter also highlights changes to the methodology used for the calculation of EURIBOR and the fact that the Working Group is in the process of identifying and recommending potential fallback rates for EURIBOR in the event of material change or cessation of the benchmark.

Mr. Enria sought confirmation that these CEOs understand the risks associated with global benchmark reform and that those institutions are taking appropriate action now to ensure a smooth transition to alternative or reformed benchmark rates. Specifically, Mr. Enria asked the banks to provide the following by July 31, 2019:

In addition, the ECB will require the banks to submit responses to a detailed questionnaire containing qualitative and quantitative fields to enable the ECB to assess the significance of benchmark reform and transition for each bank by September 15, 2019.

Initiatives to develop alternative benchmarks to IBORs have been ongoing at the level of supranational committees, central banks, private sector working groups and associations for some years. To that end, it is not surprising that the ECB expects major eurozone banks to be able to quickly share their planning to deal with these initiatives, given that this is an area where UK and U.S. prudential regulators have already shown a keen interest. That said, a deadline of July 31 may be somewhat challenging for a number of these institutions. It is also to be expected that the recommendations of the working group on euro risk-free rates on the operational requirements for the transition to ESTR (expected later this year) will incorporate many of the best practices gathered from the responses to this letter.