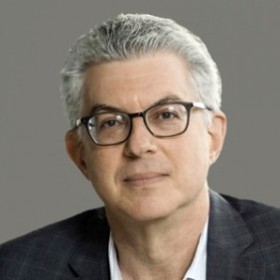 In his remarks at Bank of England's Markets Forum, Mr. Dudley expressed concern over "the great uncertainty over LIBOR’s future and the risks to financial stability that would likely accompany a disorderly transition to alternative reference rates." He stated, "we need aggressive action to move to a more durable and resilient benchmark regime."

Mr. Dudley recounted the history and other factors that led to the need for the global markets to transition away from LIBOR. He emphasized that this transition represents a significant risk for firms "of all sizes," which should actively manage the risks in a way that is commensurate with their exposures.

Mr. Dudley emphasized the important role of the official sector, including the Federal Reserve and the Financial Stability Board, in the development of reference rate principles, convening private sector participation and supplying robust alternative reference rates. He recognized the progress made by market participants acting through the Alternative Reference Rates Committee to identify a more robust U.S. dollar reference rate and to develop a plan for an orderly transition, including best practices in contract design. Mr. Dudley opined that "LIBOR is likely to go away – and it should," but noted that there are those with a direct interest in LIBOR, "such as its administrator," who support the "status quo."

Mr. Dudley's remarks are notable, first, for stating clearly that he believes LIBOR should be discontinued in spite of opposition from its administrator, ICE Benchmark Administrator. He also acknowledges the critical role, and progress, of market participants in formulating a plan for an orderly transition, but seems to be laying the foundation for an increased regulatory role where the private sector faces coordination challenges. This statement may help the private sector establish more clarity on when to trigger the transition away from LIBOR when it ceases to be a robust and liquid rate, but is still being published (so-called "Zombie LIBOR").