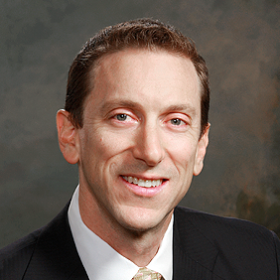 CFTC Chair J. Christopher Giancarlo unveiled a plan for reforming swaps regulation in a white paper co-authored with CFTC Chief Economist Bruce Tuckman. In the paper, Mr. Giancarlo and Mr. Tuckman (the "authors") asserted that reforms should better balance systemic risk resiliency with capital markets vibrancy. The authors assessed CFTC implementation of swaps reform in the areas of clearing, data reporting, execution, dealer capital and mandatory margin in order to a map out a direction for the future. General regulation of swap dealers was not addressed.

The white paper covers areas of successes and deficiencies and contains a number of recommendations. The areas reviewed include:

The paper was unveiled at ISDA's 33rd Annual General Meeting. In accompanying remarks, Mr. Giancarlo argued that the regulators had a duty to revisit reforms that were quickly adopted in the wake of the financial crisis. He emphasized that the CFTC has accumulated sufficient experience and data from the first iteration of swaps reform for a comprehensive assessment. Responding to a question about the feasibility of adopting an ambitious revamp during his remaining tenure, he stressed that it is important to adhere to regular order to get reforms right but pledged to "get this done."

The White Paper should be required reading for regulatory reform teams at banks and swap dealers. While it is consistent with past agenda-setting efforts such as the Treasury report on capital markets reform and Mr. Giancarlo's own prior speeches and publications, it advances the policy debate significantly by providing a close look at CFTC reforms and a sustained analysis in light of post-reform research and economic insights.

In terms of recommendations for reform, the sections on SEFs and uncleared swaps margin are the most far-reaching.  On SEF's, the White Paper repeats Mr. Giancarlo's critique from other publications, namely that prescriptive trading requirements adopted by the CFTC to move swap trading to look more like futures has backfired badly, resulting in market fragmentation and decreased liquidity. However, Mr. Giancarlo then takes this critique in a somewhat surprising direction. Besides advocating for repeal of restrictive trading requirements and allowing SEFs to provide flexible means of execution, Mr. Giancarlo recommends that all swaps subject to mandatory clearing be deemed "made available to trade" (provided they are traded on any SEFs). He justifies this on the basis of Congressional intent to promote trading through SEFs, which it is argued was intended to improve standards for dealer conduct as well as to increase pre-trade market transparency. In effect, Mr. Giancarlo advocates using the clearing and trading mandates to strengthen dealer oversight by SEFs. While this may be a way of squaring liberalization of the trading mandate with Dodd-Frank and the political conversation amongst regulators, it is not obvious that expanding a regulatory license to empower one set of private actors (SEFs) over another (dealers) is an optimal way to provide conduct regulation.

Regarding uncleared swaps margin, the White Paper presents a compelling case that current rules are not sufficiently risk-based and impose punitive costs on uncleared swaps trades for smaller financial end users. The impact of this critique is likely to be a bit different than other parts of the report. While recommendations for clearing, data and execution can be seen as signaling the Chairman's agenda for the CFTC, Mr. Giancarlo acknowledges that the CFTC has limited ability to implement margin reforms without the agreement of other regulators. In this, the White Paper is significant in that it opens up political and intellectual space in Washington for reform discussions that have largely been off the table until now. It also provides an opportunity to engage the CFTC and other regulators in a discussion of the risk calibration of margin (and related capital) rules that market participants will certainly want to seize upon.

Though the topic of two-way posting of margin is not addressed directly in the White Paper, the policy basis for requiring dealers to post margin to buy-siders was never adequately addressed in the original rulemaking. The requirement appears ripe for an analysis of costs and benefits in light of broader risk regulation.