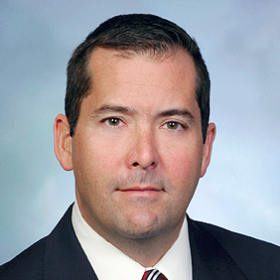 On February 18, 2016, the DOJ and the SEC announced a global Foreign Corrupt Practices Act ("FCPA") settlement with Dutch telecommunications company VimpelCom Ltd. ("VimpelCom") and its wholly-owned Uzbek subsidiary, Unitel LLC. Under the settlement, which also involved the Public Prosecution Service of the Netherlands, VimpelCom will pay a total of $795 million to resolve allegations that between 2006 and 2012 it paid $114 million in bribes to an Uzbek government official – reportedly the daughter of Uzbek President Islam Karimov – to obtain and retain business in the country.

Under the DOJ resolution, Unitel LLC pleaded guilty to one count of conspiring to violate the anti-bribery provisions of the FCPA, while VimpelCom entered into a deferred prosecution agreement ("DPA") in connection with charges that that the company conspired to violate the anti-bribery provisions of the FCPA and violated the internal controls provisions of the FCPA. Pursuant to the DPA, VimpelCom will pay a total criminal penalty of $460 million, half of which is to be paid to Dutch authorities, and also will be required to retain an independent corporate monitor for a period of at least three years. The $230 million portion of the criminal penalty to be paid to the United States includes a $40 million criminal forfeiture.

VimpelCom settled the SEC's claims that the company violated the anti-corruption, internal controls, and books and records provisions of the FCPA by agreeing to pay $375 million in disgorgement and prejudgment interest (half of this amount also will be paid to Dutch authorities). As with the DOJ resolution, the SEC settlement requires VimpelCom to retain an independent monitor.

VimpelCom represents one of the largest FCPA settlements in history, and is noteworthy for the significant international cooperation among law enforcement agencies and regulators – an apparently growing trend in FCPA enforcement. Assistance to the U.S. and Dutch authorities was provided by agencies in Bermuda, the British Virgin Islands, Cayman Islands, Estonia, Gibraltar, Ireland, Latvia, the Marshall Islands, Norway, Spain, Sweden, Switzerland, the United Arab Emirates, and the United Kingdom. The VimpelCom DPA is also notable with respect to the level of detail provided regarding the DOJ’s calculation of the criminal penalty. For example, VimpelCom received a 25% reduction off the calculated fine range for its "full cooperation" and a further 20% reduction for its "prompt acknowledgment of wrongdoing and willingness to resolve its criminal liability on an expedited basis."