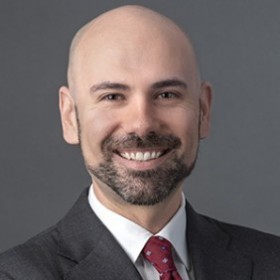 According to a Deferred Prosecution Agreement ("DPA") and Information filed in the U.S. District Court for the District of Columbia, Airbus SE violated the anti-bribery provision of the FCPA as well as the Arms Export Control Act ("AECA") and its implementing regulations, the International Traffic in Arms Regulations ("ITAR").

Concerning the FCPA, Airbus allegedly offered and paid bribes to foreign officials to earn and maintain business, such as contracts to sell aircraft. The DOJ alleged that the bribes were directed to Chinese officials and asserted that for approximately two years, between 2013 and 2015, Airbus engaged a business partner to make illicit payments to government officials for approval of purchases and sales of Airbus aircraft to state-owned and state-controlled airlines in China. Further, to conceal the payments and engagement of the business partner, Airbus did not pay the business partner directly but, instead, made payments to a bank account in Hong Kong in the name of a company controlled by another business partner. The coordinated global settlement also resolved allegations related to bribes paid in Malaysia, Sri Lanka, Taiwan, Indonesia, and Ghana.

This settlement continues a string of record-setting resolutions by the DOJ - even if nearly 90% of the approximately $2.1 billion corruption-related penalty agreed by the parties in the DPA is ultimately satisfied by payments to French authorities. (The agreement states that the DOJ will credit nearly $1.8 billion in payments made to French authorities.)

In December, the DOJ and the SEC entered into a combined $1 billion resolution with the Swedish telecommunications company Telefonaktiebolaget LM Ericsson. The Airbus resolutions also demonstrate remarkable coordination among three international enforcement agencies - the DOJ, UK's Serious Fraud Office (SFO), and France's Parquet National Financier (PNF) (National Financial Prosecutor's Office). This continues a trend in highly-coordinated enforcement actions across international borders. The DOJ noted that Airbus cooperated in the investigation and took steps to remediate. The DOJ also recognized France's and UK's interests in the matter and took "into account these countries' determination of the appropriate resolution into all aspects of the U.S. resolution." Notably, the company will be subject to monitoring by the French Agence Française Anticorruption (AFA), reducing the need for the DOJ to require the engagement of an independent anticorruption compliance monitor -something that was not mandated under the Company's DPA.

The Airbus case highlights the importance of proactive cooperation and remediation efforts, and of an effective negotiation strategy when dealing with multiple regulators.