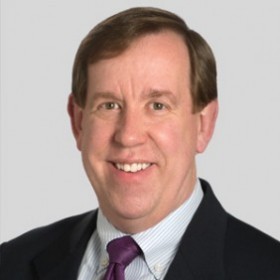 An en banc panel of the Court of Appeals for the D.C. Circuit ruled that the current single-member structure of the Consumer Financial Protection Bureau ("CFPB") is constitutional. The 7-3 majority ruling overturns a 2016 ruling that the structure of the agency – providing for a five-year term for the Director, and allowing the President to remove the Director only for cause – violates the Constitution's separation of powers.

In reversing the decision, Judge Cornelia Pillard, writing for the Court, held that the "for-cause" provision is "consistent with the President's constitutional authority" and supports the ability of the CFPB to exist as an independent agency with a single director unable to be removed at will by the President. By permitting the President to remove a Director for "inefficiency, neglect, or malfeasance in office," the Court found that the structure of the agency provides the President with "ample tools to ensure the faithful execution of the laws." In addition, the Court determined that the CFPB structure is consistent with that of other federal regulators, and stated that a ruling that would find its structure and removal procedures unconstitutional would jeopardize the standing of other agencies that have "been permissibly afforded a degree of independence."

The Court found no precedential or historical support for challenges to the CFPB structure, finding that Congress "may appropriately give some limited independence to certain financial regulators." The Court held that the consolidation of the CFPB's regulatory authority actually may contribute to, rather than detract from, the President's ability to oversee the execution of consumer protection laws. With regard to all of the challenges to the CFPB's degree of regulatory independence, the Court determined that there is "no constitutional defect in the statute preventing the President from firing the CFPB Director without cause," and that no objection to the framework indicates that the single-member structure is unconstitutional.

In a dissenting opinion, Judge Karen LeCraft Henderson argued that the CFPB "does not meaningfully answer for its policies to either of the elected branches." She contended that the Court's decision signifies a "major defeat" for Article II of the Constitution. Judges Brett Kavanaugh and A. Raymond Randolph joined in a second dissenting opinion, claiming that "independent agencies collectively constitute . . . a headless fourth branch of government," and represent a "significant threat to individual liberty and to the constitutional system of separation of powers and checks and balances."

The D.C. Circuit's en banc decision overturns the three-judge appellate panel's decision that the CFPB's structure is unconstitutional, while at the same time upholds the appellate panel's decision that the CFPB misapplied RESPA in the CFPB's action against the petitioner, PHH Corporation. While this is arguably a welcome decision for PHH, it is a horrible decision for the rest of us. The Court's decision upholding the CFPB's unique structure – an agency headed by a single director who is appointed for a 5-year term and cannot be removed absent cause, with the CFPB being completely independent from Congressional control via the budgetary process and possessing sweeping interpretive and enforcement powers – is deeply disturbing. The Court's decision invites the creation of look-alike agency structures specifically designed to survive a change in administration (as was the CFPB), enabling one presidential administration to impose its will on successive administrations. This ability to appoint an impervious official is a feature afforded only in connection with the lifetime appointment of Article III judges (which, it should be noted, is explicitly authorized by our Constitution).

The Court's attempt to justify this conclusion by deeming financial regulators as warranting special consideration is equally flawed. U.S. financial regulators are structured as multi-person boards or commissions, with the exception of the OCC. While some degree of autonomy is arguably warranted for the OCC (along with the board-structured FDIC and Federal Reserve), it is important to recognize that these three financial agencies have prudential regulatory authority with ultimate responsibility for protecting the stability of the U.S. financial system and, therefore, should be immunized from sudden changes in policy that may arise following administration changes. The CFPB has no such prudential responsibility; it is predominantly an enforcement agency and, thus, is more analogous to the FTC, CFTC, or SEC – all of which are organized as multi-person commissions.

The irony of the decision, of course, is that the Democrat architects of the CFPB structure are now reaping what they sowed in the drafting of the Dodd-Frank Act. The Trump Administration will now appoint a CFPB director that will survive past President Trump's first term and can be removed only for cause, regardless of who is elected in 2020. It will be fascinating to see whether it will be the Republicans or the Democrats in Congress who are now motivated to amend the Consumer Financial Protection Act and alter the flawed structure of the CFPB. It will be equally fascinating to see whether either the respondent (the CFPB) or the petitioner (PHH) will have any desire to file a petition for certiorari with the Supreme Court to overturn the en banc decision.