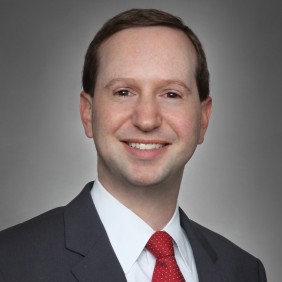 Mr. Gershberg has authored or co-authored articles that have appeared in publications including WorldECR, Law360, Columbia Law School Blue Sky Blog, Harvard Law School Forum on Corporate Governance and Financial Regulation, and PaymentsCompliance. He is the Editor of the ITAR Enforcement Digest and a contributor for the CFIUS chapter of the M&A treatise Takeover Defense: Mergers and Acquisitions. He is also a co-author of Fried Frank's International Trade and Investment Alert®, which reports on significant developments regarding CFIUS, economic sanctions, export controls, and other regulatory compliance matters affecting business activities.

Prior to joining Fried Frank in 2014, Mr. Gershberg was of counsel at a large international law firm. 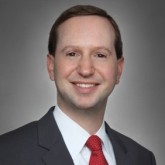 OFAC appears focused on the U.S. cryptocurrency system as it continues a recent pattern of pursing enforcement actions against players in the virtual currency industry. This settlement reinforces the importance of employing both sanctions screening and IP address blocking (or other location identification tools) upon account opening and prior to processing transactions.

In response to criticism that Tornado Cash is not an "entity" that may be sanctioned under statutory authorities, OFAC provided additional identifying information. OFAC noted that Tornado Cash's "organizational structure" consists of its founders and other developers who launched the protocol, as well as the decentralized autonomous organization ("DAO") responsible for governance.

However, OFAC has not sanctioned any of these individuals or DAO members. While OFAC may have reasonable…

This EO does not make any legal changes to the national security factors that CFIUS is authorized to, and currently does, consider. Rather, in highlighting certain contemporary concerns, the EO appears to provide the private sector with guidance for future transactions. It may also be seen as a warning to certain foreign investors seeking access to U.S. technology and personal data.

To mitigate at least some of the confusion that surrounded OFAC's designation of Tornado Cash, OFAC issued a few discreet items of guidance. Most notably, OFAC will have a favorable licensing policy for applications to unblock virtual currency that was frozen due to the involvement of Tornado Cash. While individuals will still need to apply for a license, which is often a very slow process, at least there is a path to access the virtual currency. OFAC also confirmed that sanctions do not…