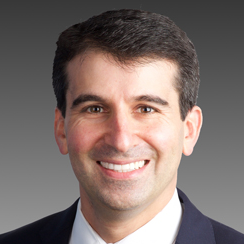 Prior to joining Fried Frank in 2022, he served for ten years in the United States Attorney's Office for the Southern District of New York, most recently as the Deputy United States Attorney, overseeing the litigation of all criminal and civil cases brought on behalf of the United States in the Southern District and supervising more than 400 lawyers, paralegals, investigators, and staff across the Office's Criminal and Civil divisions. During his decade at the SDNY, Mr. Graff spearheaded a series of high profile cases, including criminal matters involving violations of securities laws and international sanctions, financial and other fraud, national and cyber security, and public corruption, as well as civil matters such as False Claims Act investigations and litigation. His work routinely required close coordination with a host of domestic and international law enforcement and regulatory authorities. Mr. Graff also served as Co-Chief of the General Crimes Unit and Co-Chief of the Terrorism & International Narcotics Unit. He has extensive trial experience, having served as counsel on nine federal jury trials. 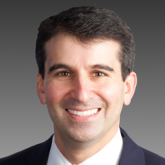 The SEC's Enforcement Director has spoken at length about "affirmative behavior" as a pre-requisite for cooperation credit, highlighting, among other things, self-reporting, remediation and advocacy that "meaningfully illuminate[s] events." The absence of a fine as part of this resolution, despite the SEC's determination that the company had repeatedly engaged in improper accounting, strikingly illustrates the staff's commitment to incentivizing timely and robust cooperation.

Although the facts here are both novel and striking, the announcement is another data point suggesting heightened enforcement activity and penalties for corporate misconduct, as this is the latest in a series of guilty pleas that the DOJ has required as part of corporate resolutions.

Commissioner Goldsmith Romero situates her call for greater accountability as part of a broader enforcement trend surrounding admissions that began during the Obama administration and to which the SEC has signaled renewed commitment. Ms. Goldsmith Romero's extensive experience as an SEC enforcement attorney and SIGTARP Special Inspector General is evident in her ability to articulate clear guidance for when admissions under her HEAT framework will be required - though embracing her call for…

Insider trading cases involving digital assets have attracted outsized media attention this summer.  But as this enforcement action and other recent activity demonstrate, the SEC and DOJ remain keenly focused on “traditional” insider trading.  Despite enforcement agencies’ repeated emphasis on such cases’ importance for protecting markets, and notwithstanding some high-profile consideration on the Hill (see previous coverage), long-pending insider trading legislations remains unlikely to be…