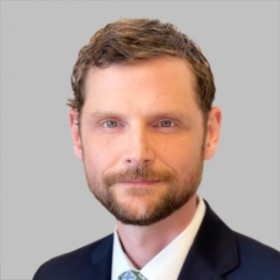 The U.S. Departments of State, Treasury, Commerce and Homeland Security (collectively, the "Departments") advised U.S. companies on the increasing risks associated with operations in the Hong Kong Special Administrative Region of the People's Republic of China ("Hong Kong").

In the joint Advisory, the Departments stated that companies and individuals with business in Hong Kong should be cognizant of recent changes to its laws and regulations that may harm their operations. The Departments emphasized that such businesses and individuals should be aware of the possible reputational, legal and financial risks arising from their Hong Kong activities.

The Departments highlighted that businesses and individuals with operations in Hong Kong:

The Departments reminded businesses and individuals with operations in Hong Kong that the United States has multiple sanctions authorities targeting specific conduct in relation to the erosion of Hong Kong's autonomy and democratic processes, and that failure to comply with such sanctions may result in civil and criminal penalties. Accordingly, the Departments strongly recommended that organizations under U.S. jurisdiction, including foreign entities, that conduct business in Hong Kong apply a risk-based approach to sanctions compliance through the development, implementation and regular updating of a sanctions compliance program.

Concurrent with the Hong Kong advisory, Treasury announced new sanctions imposed on seven Chinese officials in connection with the situation in Hong Kong.

Earlier this year, the Biden Administration announced a top-to-bottom review of U.S. economic sanctions to ensure their efficacy. Last month, the Biden Administration essentially reaffirmed Trump-era sanctions on Communist Chinese Military Companies (rebranding affected firms as Chinese Military-Industrial Complex Companies, covered here). Just days before issuing this Hong Kong advisory, Treasury and other departments released an updated advisory highlighting the sanctions and other risks of engaging with business connected to China's Xinjiang Uyghur Autonomous Region (covered here). Thus, while the results of the Administration's sanctions review have not been officially released, it appears that an easing of China-related prohibitions is not on the horizon.