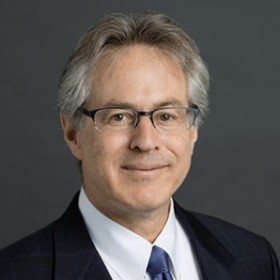 The U.S. District Court of the Southern District of New York dismissed a lawsuit brought by several State Attorneys General ("AGs") to block a proposed merger between T-Mobile and Sprint. On the same day, FTC issued Special Orders requiring five technology firms to provide information about prior unreported acquisitions.

As previously covered, T-Mobile and Sprint agreed to an FCC-approved divestiture package to (i) ensure that a viable facilities-based competing Mobile Network Operator ("MNO") would enter the MNO market and (ii) establish multiple high-quality 5G networks. In accordance with the divestiture package, Sprint and T-Mobile must divest Sprint's prepaid businesses, including Boost Mobile, Virgin Mobile and Sprint prepaid, to DISH Network Corp. ("DISH"). In addition, "20,000 cell sites and hundreds of retail locations" must be made available to DISH by T-Mobile and Sprint.

The State AGs' complaint before the U.S. District Court alleged that the merger would eliminate "head-to-head" competition between T-Mobile and Sprint, resulting in higher mobile phone service prices and lowered service quality. The DOJ argued as an amicus that the divestiture would result in a stronger T-Mobile as a third competitor behind Verizon and AT&T, and would restore any competition that may otherwise be lost to the merger.

The U.S. District Court concluded that the proposed merger is not likely to "substantially lessen" competition within its respective market. The Court called T-Mobile's business plan "undeniably successful," stating that it has implemented numerous pro-consumer changes, while Sprint has struggled to remain competitive in a capital-intensive market. The Court also stated that because of the successful history DISH has had in other consumer industries, combined with the DOJ and FCC's close scrutiny of the transaction, DISH is poised to become the fourth nationwide competitor.

FTC Examination of Past Acquisitions

In a joint statement, FTC Commissioners Christine S. Wilson and Rohit Chopra supported the decision, stating that it will allow FTC to assess the sufficiency of the HSR Act thresholds regarding technology mergers that hold competitive significance. However, the Commissioners urged FTC to prioritize studies that assess consumer protection issues originating from technology companies' privacy and data security practices. Specifically, they recommended that FTC study how data collection is impacted based on a company's content curation and targeted advertising practices.

With pressure mounting at the federal and state levels for increased antitrust enforcement of Big Tech (see Senator Blumenthal's call for increased federal antitrust enforcement of Big Tech), FTC launched an investigation into closed tech mergers. FTC relied on authority it has under Section 6(b) of the FTC Act to order some of the biggest names in tech, including Facebook, Google, Apple, Amazon and Microsoft, to produce information related to past mergers, such as Facebook's acquisitions of Instagram and WhatsApp. Section 6(b) permits FTC to compel production of information unrelated to a law enforcement inquiry. FTC's stated purpose behind the move is to better understand certain technology markets. Presumably, such knowledge would be used to evaluate whether certain past mergers have been anticompetitive. If so, FTC may seek to force a divestiture of the acquired entities. Post-consummation enforcement actions are generally difficult. With the passage of time, it may become impractical to separate out the now-scrambled eggs of the merged entities. Moreover, as today's District Court's decision in the T-Mobile/Sprint merger and last year's decision in AT&T/Time Warner suggest, the government has a high bar to clear in seeking to enjoin pre-consummated mergers in rapidly changing tech markets, let alone post-consummated ones.