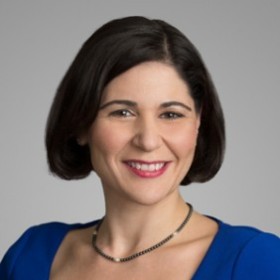 The SEC requested industry feedback on the pay ratio disclosure rule in response to unanticipated compliance difficulties reported by issuers. SEC Acting Chair Michael S. Piwowar called on Commission staff to "reconsider the implementation of the rule" and consider additional guidance or relief.

The SEC adopted the pay ratio disclosure rule in August 2015 in order to implement Dodd-Frank Section 953(b). As explained previously in a Cabinet news article, the adopted rule requires a public company to disclose (i) the median of the annual total compensation of all its employees, except that of the CEO, (ii) the annual total compensation of its CEO, and (iii) the ratio of those two amounts. Although the rule allows a company to choose a methodology based on that company's own facts and circumstances to identify the "median employee" and his or her compensation, the rule imposes limitations that could make this determination complicated for companies. Currently, companies are required to report the pay ratio disclosure for the first fiscal year beginning on or after January 1, 2017, which would result in disclosure in 2018.

The Acting Chair provided a form for the submission of detailed comments, and requested that comments be submitted within the next 45 days.

This is a swift but ultimately unsurprising directive from Republican Acting Chair Piwowar, who strongly criticized the pay ratio rule when it was adopted in 2015. Under the Donald Trump administration, there will be a change in direction with respect to the regulation of executive compensation and related corporate governance issues. This action is in line with the new leadership's intent to dismantle Dodd-Frank and curb regulations on corporations generally. Despite these views, and the significant possibility that the pay ratio rule may be repealed before disclosures are ever required, shareholders and corporate governance watchdogs likely will continue to promote a close examination of executive compensation and related topics, which may result in limited practical change for companies even if regulations are curbed. Because the pay ratio rule is in effect for now, and disclosure is set to be required starting in 2018 to cover 2017 compensation, companies should continue to act as if the rule will go into effect until it is actually repealed, so that the data needed for compliant disclosure is ready if required.